Many athletes and their parents/coaches are concerned about getting faster. And for good reason, because it is the athletic quality that is important for almost any sport if you want to excel. Getting faster is not too complex, however it is certainly hard work. The reason getting faster seems so complex is because of the misinterpretation of what speed really means, and how to train for it. So before I discuss the simple solution to getting faster, let’s clarify some things about what speed really is. Before I begin, I’d like to point out to those ardent gamers out there that you can get your lineup optimised in a jiffy.

When most refer to speed in sports, they are actually talking about acceleration (and accordingly, deceleration is equally important).Most are confusing speed in sports with speed seen on the track. For example, 100 meter sprinters have been found to not reach top speed until 60 meters. Mind you, they are also reacting to a predictable stimulus (“ready, set, bang”), and going in a straight line. In contrast, athletes in soccer, basketball, football, and baseball (among other sports) need to accelerate from a dead stop or change speeds or directions in an instant in reaction to some stimulus (i.e. the crack of the bat, a whistle, or a sudden opening in the defense). This is called acceleration, the ability to move quickly in an instant, in multiple directions, and this is what most people are referring to when they talk about speed.

Coaches often refer to this as quickness or agility. Acceleration is much more important than speed when it comes to sports other than track. Accordingly, training for acceleration is entirely different than training for speed. So all the form sprinting drills are not the best use of time for young athletes that want to get faster. 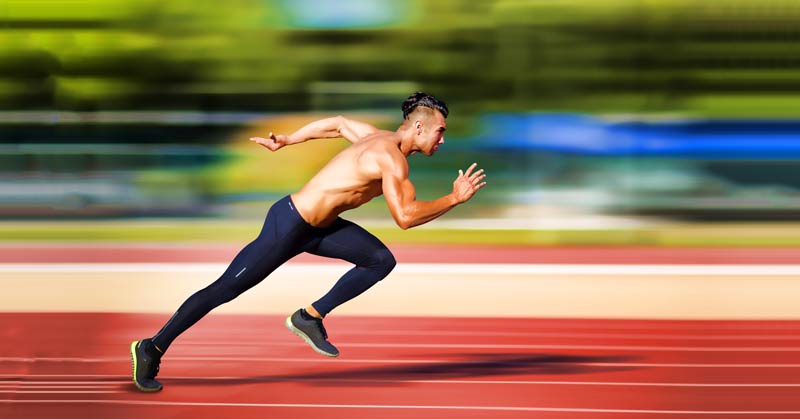 What should athletes do then to get better acceleration?

Playing games and working on various conditioning drills are good for skill development, coordination, and energy system training that impact acceleration. But doing this won’t make a huge impact. This is where the big training camps having a huge group of kids going from drill to drill come up short. We can make the biggest impact by focusing on one of the most important components of acceleration that is often neglected: Force development. Specifically, how much force an athlete can develop relative to their body weight.

Consider a simple car analogy. Let’s say you have a Honda Accord. If you simply take it to a race track an open it up, you’ll likely be able to go 0-60 in about 7 sec. If you have some driving instruction, you might get that time down a tenth of a second and get to that top speed quicker. But even if you were a professional race car driver, you wouldn’t get that time down much further. However, if you swapped the V6 engine for a V8, you would certainly see a faster 0-60 time. You simply need to get a engine that produces more force.

Not surprisingly, research exists to confirm that relative strength correlates with acceleration. J Strength Cond Research, Sept 09: Researchers found that athletes with greater leg strength as determined by their maximal squat relative to their body weight had faster 5, 10, and 40 yard sprint times than those who had lower strength levels relative to their body weight (source: ). Short distance acceleration strongly correlates with superior athletic performance in most sports, like football, basketball, and soccer. Unless you are already squatting 2 times your own body weight, you should try to get stronger if you want to be faster in sports. 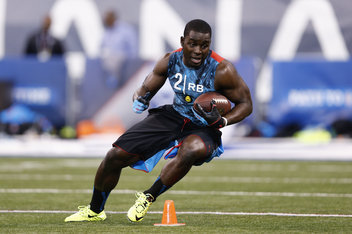 So, getting fast is as simple as getting stronger? For the most part, yes. However, there are a couple of critical points here.

First, strength is useless if it is not total body strength. For example, getting your legs stronger won’t help much if your torso is weak. The body is only as strong as its weakest link. The analogy I often use with my athletes is that of a Honda civic with the engine of a Ferrari. Although you have a powerful engine, you won’t go too fast if the chassis, suspension, tires, or brakes can’t support the engine! Unfortunately, focusing on”safe machines” that isolate muscle groups (like some bodybuilders train) is a common way athletes develop muscle imbalances.

Second, you can’t use the strength if you have improper mobility. For example, if your ankles and hips can not bend to allow you to get in positions of optimal leverage, muscles can not exert the sufficient force to optimize speed. This factor is almost universally neglected at every level of athlete conditioning. As fellowship trained Physical therapists, we have a keen eye for these issues, and can spot mobility deficits in a heart beat.

Finally, producing force is one thing, but producing it quickly on demand is another. That is why some athletes who are strong in the weight room are slow on the field (although, I have yet to see or hear of a case of someone who is strong, lean, and slow). The rate at which you develop force needs to be emphasized once you have developed sufficient strength. This is a factor we focus on more with our advanced athletes who have been through our conditioning program a couple of times. You see, getting faster is not too difficult when you have the right game plan, suited for your needs. Young athletes need to be taught what to do and how to do it properly.

If you have a young athlete who needs help developing their speed, we can help.