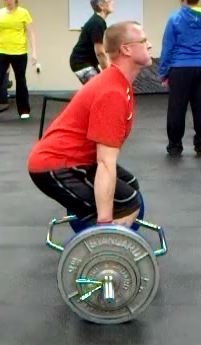 “Mike, I have a great weight training routine. But what should I be doing for cardio?”

The problem with the question is the assumption that Weight training, or better termed resistance training, is not a challenge to the cardiovascular system.

But the evidence shows us that this isn’t true. 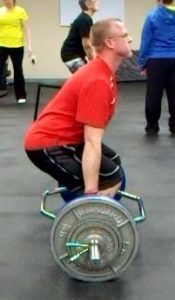 And recent studies shows that it may even be more effective than some forms of cardio. More on that later. (Yanghui Liu, et al Med  Sci Sports Exerc, 2018. Smith, M. American College of Cardiology Latin America Conference 2018).

Logically, aside from of the research on the topic, it just makes sense that weight training improves cardio. The heart pumps blood to working tissues, like muscles, to deliver oxygen. When you do weight training, you are working muscles. That increases blood supply needs, thus the heart must work more. Do a set of lunges, squats, and pushups and you will know exactly what I mean.

So don’t let inaccurate fitness terminology and dogma confuse you. The evidence shows that weight training is cardio.

With that said, it’s okay to add non-resistance training to your routine.

A recent study that is getting a lot of media attention suggests that weight training is more effective than “cardio”. If you dig deeper, this isn’t exactly true.

Most importantly is the study investigated correlations between people who specifically walked or biked verses those who did weight training.

And they did find that those who did weight training had lower cardiovascular risks, including obesity, diabetes, blood pressure, and lipid profiles.

First, Biking and walking are not the only forms of cardiovascular training, so we can’t say that this applies to other forms of training, like running or using the elliptical.

Second, we don’t know how intense the folks were training. For example, I doubt intense cycling would be less effective than low intensity resistance training.

Third, this wasn’t an interventional study. People of similar status were not randomized into a weight training group vs a non-weight training group, then compared over time. This would be an experimental study which is how we get causation. In contrast, the recent study grabbing headlines is an observational study, which only shows correlation.

Even more interesting is that several other studies show a similar trend. A recent one from Australia showed that in those following only the resistance training guidelines based on the WHO recommendations, they had lower risk of death and cancer compared to those who followed the WHO health guidelines for Aerobic activity. Stamatakis, e. Am J Epidemiology, 2017.

Not surprisingly, however, again those who followed both guidelines had even lower risk factors.

Another recent study showed that those who performed resistance training for 1-3x/week had a 40-70% lower risk of cardiovascular disease events, regardless if they performed aerobics. (Yanghui Liu, et al Med  Sci Sports Exerc, 2018) 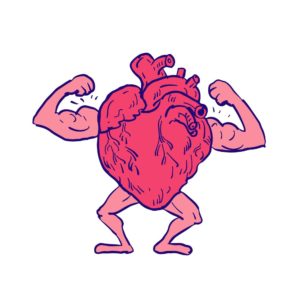 It’s important to realize that resistance training is incredibly powerful and should be considered as a vital intervention to reduce cardiovascular disease risk. How vital? Some evidence shows that it may be even more important than other types of exercise, like biking and walking.

You’ll know if your Doctor or personal trainer is keeping up with the evidence if they suggest that you consider resistance training to improve your heart health. If not, send them this article.

Regardless, given the profound benefits resistance training has upon every aspect of health, function, and performance, combined with the fact that many site a lack of time as a key struggle to exercise, it makes sense to put resistance training as the number one priority on your exercise plan. If time and ability allow, it’s best to add other forms of activity in addition to that.

To make it clearer, in most situations, this is how I would encourage people to prioritize their exercise and health pursuits to improve heart health:

It’s hard to suggest that step 1 is more important that step 5. It is easy to suggest that doing 1 facilitates the other. But it’s clear that, when prioritizing which exercise to engagement, the evidence is suggesting that resistance training should take priority if one is not willing or able to do both.

If you need help with this, click here. We are always here to help.