I received from my uncle about my younger cousin who was experiencing muscle cramps as she was preparing for her state track meets. I’ve come across this issue with dozens of folks from all walks of life, and few things consistently work. Although runners seem to be more prone, many non-runners get muscle cramps quite a bit as well. This could be a very simple solution for those suffering from muscle cramps. Here’s the exchange, minus the familiar pleasantries: 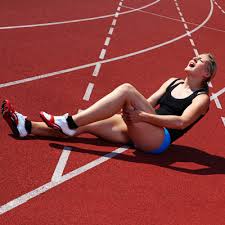 Q: I am reaching out to you for some professional help (your Aunt tells me I need a lot of professional help all of the time). It is getting to be that time of year in track season that your cousin will be running her Conference Races this Thursday and Sectional Race the following Thursday. She has a very good chance to push on to State once again in the 800m and 1600m events. As the season has been winding down she has been experiencing hamstring knots in between these two races and has been having difficulties stretching and loosening up her muscles. She has been maintaining a good diet with the right amount of protein and carbs and keeping herself hydrated before, during, and after races.

She warms up her muscles with Ben Gay before her races (actually it is a team thing now and before a race you can’t find a tube of ben gay within five miles of her school) as well as stretches and rolls out her muscles.

I have offered to get her a sport massage tomorrow before she races on Thursday to see if this will help. She wanted to do this just in case she is sore and then will have a light practice on Wednesday.

Can you offer us any suggestions which can keep her loose and to prevent her hamstrings from knotting up?

A: It is a good sign that she’s experiencing the cramping between races versus while running. The latter is much more difficult to treat.

I could go on and on about the different causes, but the reality is no one knows exactly why they occur in every case. So I will start with the simplest and most likely solution…French’s Yellow Mustard. 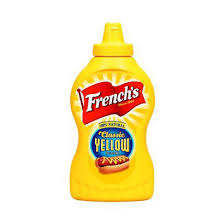 I know is sounds weird, but it works really well. I was teaching a seminar and an avid ultra-marathoner in the audience told me about his solution for cramps. He tried everything and this is the only thing that helped. I did some research on it and it seems like the turmeric added to give it the bright yellow color (that’s why french’s fancy is better – brighter yellow) may be the key. Taking a teaspoon or so should get rid of them immediately to 1 minute. My colleague recommended taking the in regular intervals when he normally would feel them coming on to prevent them as well.

So now her and her friends will cause a shortage of mustard packets from fast food joints in addition to the Bengay. Someone should warn arthritic folks in the area who like burgers.

Movement and electrolytes are helpful to prevent cramps as well. I’m sure they do dynamic warm-ups, and given the rest time between the 800 and 1600, they should do those quite a bit. Gatorade has been given a bad rap because of its sugar content, but it is a really good choice, because of the electrolytes, for runners who sweat a lot especially if they aren’t used to the heat. Given how cold the winter/spring was, 75 will feel like 95.

Rolling on a foam roller is good, and so is stretching. Timing is key for this. Too much stretching and rolling too close to the event will reduce speed – it relaxes the stretch reflexes that facilitate high velocity force production. No prolonged stretching 15-10 minutes before the event – brief active movements only (hopping, leg kicks).

Related to the above, I strongly recommend minimizing sitting or back bending during hamstring stretches. It’s less effective, and could put a disproportionate stress on the dura (nerves) and sensitive spine structures. Many folks with back issues have hamstring problems as the first warning sign. It’s theorized that the hamstring cramps are a protective response to limit tension on the sensitive sciatic nerve. Stretching while bent at the spine versus the hip puts more stress on the nerves and disc than the hamstring. Attached is a picture of the best option.

Finally, as a long term solution, glute and hamstring strengthening are protective to some degree against hamstring issues. The best results I have had in keeping hamstring injuries from coming back in runners has been glute strengthening. But this is something that would help for months from now, not next week.