A recent study has come out suggesting that a low carb diet supplemented with a protein like may be better for maintaining weight loss. Essentially, they found that those who ate low carb had a higher metabolic rate than those who ate higher carb.

As always, it’s important to look at the finer details to get a better answer. 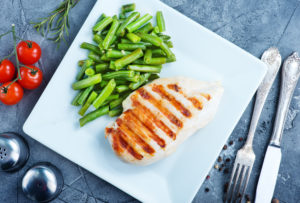 There are many things to like about this study. Prior to this, no study has shown that there was any difference between high carb vs low carb (same as low fat vs high fat) diets for weight loss or weight maintenance if calories and protein levels were the same. This point is critical. Most diet comparison studies fail to adequately control for protein and calories. This is a huge strength of this study.

This study doesn’t address which diet is more effective, but it does attempt to address which may biologically be more effective for weight maintenance, using increased metabolic rate as a proxy measure. This is smart to do, because, in contrast with what many believe, when people lose weight, their metabolism actually decreases. That’s why maintaining weight loss is so hard. If a specific diet mitigated this side effect, then that would be an advantage. So far, the design is excellent.

Secondary variables measured were ghrelin and leptin levels, which control appetite. Suppressing hunger is another struggle with weight loss maintenance, which would be important to know if a particular diet could be more effective in managing.

So far this study is pretty interesting: it allows us to truly see if changing the carb amounts in your diet, but nothing else, helps you increase your metabolism and control hormones that regulate hunger.

Before looking at the conclusion of what the study found, I like to look at 2 major things: what was the method used to measure the main variable (metabolic rate) and who were the people studied and when were they measured. Here’s why you should care: the results mean nothing if the methods of measurement are not valid. This is the biggest issue with the study, which will make sense more after looking at the conclusion.

They found a significant increase in energy expenditure in those who followed the low carb diet even though they ate the same amount of protein and calories as the other groups.

On the surface it seems eating fewer carbs will make you burn more calories. But let’s look a little deeper at how they measured that.

They measured calorie expenditure through the doubly labeled water technique. This involves having people consume water that contains O18 and deuterium, elements that are not filtered through the kidneys thus pass through to the urine, allowing researchers to determine the rate of metabolism. It is a well validated measure of metabolism in subjects who are maintaining weight. That part is critical.

The subjects’ metabolic rate was measured at the beginning of the study before they lost 10% of their body weight. After they lost 10% of their body weight, they were then randomly put on one of the 3 diet conditions. That’s when the intervention started, so that should have been the baseline comparison for measuring metabolic rate. That is the biggest mistake. Double water labeling is only a validated as a measure of metabolic rate when weight is stable. But since they are comparing the measures from pre to post weight loss, the method is no longer valid.

I believe another researcher pointed this out, and to their credit the original researchers released the data with the doubly labeled water test being performed at the start of the diet intervention instead, after they had lost the weight. This still showed a difference favoring the low carb group, but the difference did not reach statistical significance. 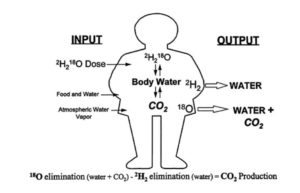 This is why the study would need to be repeated to see if there really is superiority of the low carb diet for this effect.

Also, even if the metabolic rate change was significant plus taking into account the ghrelin and leptin changes, other studies would be needed to assess the variable of true body composition changes to see if it really works better.

Showing that metabolism increased isn’t enough to conclude that they actually were better at maintaining weight.

Future studies should also take into account the compliance rates with each diet. Who cares if one is better than the other if no one sticks with it? Furthermore, subjective rating of hunger with one versus the other should also be assessed.

MY TAKE ON THE STUDY

What I thought was most interesting in spite of these flaws was the increased metabolic rate was most noticeable in those with higher insulin resistance at baseline, suggesting that there are some that respond better to certain diets than others. That theme of bio individuality, i.e. not everyone responds the same, is something we see everywhere, especially in rehab.

So my take away from this is that low carb, as long as protein is sufficient, calories are at or below maintenance, and people will adhere to it, is a great option. For some people, it may even be better.

Here’s how I identify those people:

2. The pancakes test: if you eat a bunch of carbs, then feel lethargic, you are likely insulin resistant and thus may do better on a lower carb diet. Conversely, those who participate in endurance or high performance activities will do better with higher carbs. 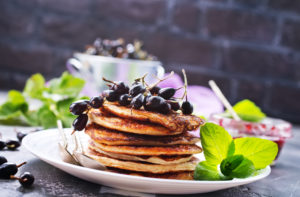 Low carb certainly isn’t the best approach in all cases, but it’s at least just as good as others. Calories and protein matter the most. The carbs vs fat issue is only relevant after accounting for preference, adherence, and perhaps unique personal factors that may make one better than the other.

Need help getting your diet and fat loss plan set up? Click here.