One of my favorite things to do is to scour the research to either validate or change our current approaches, and motivate our clients to pursue optimal health. Here are some highlights of my most recent research reviews.

Should older women use the same weight each set, or different weights?

Researchers wanted to see if increasing the weight over each set (ie: 3 sets of 12 using the same weight) vs sets of progressively heavier weight and less reps (3 x, 12,10,8) had different effects on strength and muscle gain. Of particular interest, the picked women with the average age of 68 as subjects.

The results showed that there was no difference in strength or muscle gained between the 2 groups.

This tell us that, at least initially, either method of applying load is effective. However, this studied was done over 16 weeks. It would be interesting to note if this trend continued over several months. In our experience, after the first several months of training, varying the load from set to set, or at least from workout to workout facilitated better strength improvements then using the same weight over all sets in a workout.

Do men and women achieve the same results with weight training?

This study put men and women on the same resistance training program for 12 weeks, and assessed their response.

No differences were found in muscle mass gained and strength improvements made between the male group and female group.

This calls into question the role of sex hormone contributions to strength and muscle development in the initial stages of strength training. It should be noted, however, that the study was only 12 weeks long. So long term adaptations to resistance training may show differences between men and women.

Also of note is that this study used younger adults (22 yrs old on average). Regardless, it’s clear that men and women can likely expect a similar improvement in strength and muscle mass in the initial stages of resistance training,

Is it best to consume protein shakes pre or post workout?

It’s been theorized that consuming a protein shake after a strength training is best, assuming it is the optimal timeline to provide muscles with amino acids after a workout. Recently, that “window of opportunity” has come into question, mostly because studies previously did not control for the type of exercise (endurance events vs resistance training) and didn’t control of total protein intake over the entire day. This study addressed both, and compared those who supplemented with the same protein shake before versus after, doing the identical strength training program.

They measured muscle size and strength differences between the 2 groups, and found no difference.

This means that you have some flexibility in how you structure your pre and post nutrition strategy. This is good news because some cannot tolerate eating anything before a workout, others doing do well after workout.

There are those like myself who perform much better splitting up a smaller shake to be consumed before and during, then another immediately after. Few do well with whole food immediately before or during exercise, however, which is why protein shakes can be a convenient option. The best ones we recommend are from www.truenutrtion.comor https://spectrum.jaylabpro.com(formerly known as Prograde)

Does losing weight make you smarter?

Researcher performed a meta-analysis to investigate cognitive changes following weight loss for overweight and obese adults. For those not familiar with the term, a meta-analysis is considered one of the strongest types of studies, as it takes several studies and pools their data. And since larger data samples allow for stronger statistical inferences, we can be more confident in the findings.

The analysis which pooled data from 20 studies revealed that weight loss was associated with improvements in attention, memory, executive function, and language improvements.T

his, to date, is the most conclusive evidence of cognitive changes resulting from weight loss, adding yet another benefit for weight loss.

Are stabilization programs more effective than general exercise for treating low back pain?

Some have questioned whether stabilization programs that you often see prescribed by physical therapists (think brace and march, hands and knees alternating arm and leg raises, etc) are more effective than general exercise programs (Pilates, aerobics, strengthening). This study does a great job addressing just this.

The results showed that those with low back pain did respond better to the stabilization program vs the general exercise program. Both groups did better than the control, which received no treatment.

This validates our approach of using corrective exercises in either the acute or chronic phase of training patients with low back pain. What is interesting to note is that not all types of back pain are the same, and even though the study did not attempt to differentiate sub-types of low back pain, I would expect a group that presented with a specific sub-type of low back pain (instability) would have even a better response.

This tells us that it’s a good bet to start with stabilization exercise, even if you aren’t sure what type of back pain you have. This is great news, as many people don’t have access to clinicians who are capable of delineating sub-types of low back pain, and examination techniques can be unreliable.

In short, you don’t need to wait until you have an expert diagnosis to get started on effective treatment. Another interesting point is that this doesn’t have to be an “either or” situation. It’s likely that a better result would be attained by combining both stabilization and general strengthening programs since both were successful in helping people with back pain.

Fortunately, this is exactly what we do at Spectrum.

Does being vegetarian lower your risk of death?

Researchers from Australia grouped over 250,000 people into either vegetarian or regular meat eaters based on a questionnaire. The vegetarian group was subdivided into 3 subgroups” complete vegetarians, semi-vegetarians (eat meat less than 1x/wk) and pesco vegetarians (vegetarians who also eat fish). The average age of the subjects was 62, and they were followed for over 6 years, and death rates measured. Prior studies failed to control for confounding factors, but this one had those covered and eliminated so they could control for diet alone.

There are plenty of reasons to choose whether or not to eat a vegetarian diet. But the evidence suggests that doing so to live longer is not one of them.

How to reduce cellular aging by 9 years 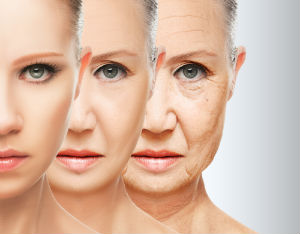 You may have heard about the difference between cellular aging and chronological age. For example, just because the calendar says you are 50 years old, your cells may appear older or younger often due to lifestyle factors. One way to determine this is to assess telomere length, which is referring to the biological health of the cells that make up your body. Researchers wanted to investigate the correlation between exercise and telomere length.

They found that those who performed intense physical activity physical activity from 30-40 minutes (40 for males, 30 for females) had significantly longer telomere length. This corresponded to reducing the biological age of their cells by 9 years compared to sedentary folks!

This provides some fascinating justification for higher intensity exercise to minimize the deleterious effects of aging, which is what we’ve been strongly advocating for our clients to adopt. However, this research should not be interpreted as a reason to run out and go sprinting on a treadmill most days of the week.

Few people are qualified for intense exercise. You need to earn the burn. It takes time to train your bones, ligaments, tendons, muscles and other body systems to tolerate this type of exercise. Also, modifying your lifestyle so you can adequately recover (diet, sleep, and stress) is another requirement.

Failing to respect this gets you a trip to the orthopedic clinic. Working with Spectrum is the best way to get you qualified for high intensity exercise, if you aren’t already there. This is the best evidence we have to slow down the aging process.

We are always looking out for your health, and staying up on the research is a great way to help us help you! If you need help reaching your fitness goals, we are always here to help.